Head of the Musical Writing

Expression and communication in Multicultural

First part of the project

Second part of the project

First part of the project

The program originally proposed in Image and musical sound creation (1999-2001), is given in a laboratory of about 80 researchers specialized in most fields of Writing, Image, medium, writing materiality and social representation.

The field of Writing is constituted of numerous forms including the expression and communication of History in "altered" time and of practices and behaviour which every day associate new forms of knowledge with traditional cultures in real time.

The concentration in Europe of several, often ancestral, cultures, increasingly reveals different phenomena such as exchanges in the way in which writing is experienced and understood, borrowings or mutations through borrowings, "mixing", etc …

These mutations moreover give rise to two-way analysis, often between cultures and  perceptions (sensory) with very different horizons, historic and social advances corresponding to different periods of the Western writing experience as both an expression of identity and a mode of communication (the generalization of exchange).

The observation of this rapid evolution between the twentieth and twenty first centuries, produces a sensation of the " globalizing " of knowledge conveyed by images associated with other types of language, for instance creative or informative.

In the two fields concerned by the proposed research, sensory expression (artistic and craft, and including the creation of contemporary music) and communication (the understanding of meaning and cultural signs as part of the social application of Writing), European multiculturalism reveals contradictory phenomena, often expressing reservations, or "resistance", or even a return to regionalism or tensions which are based on the interpreting of specific historic values connected to understanding the notion of culture, its classifications and specific notations.

Art therefore appears as a unifying factor replacing the notion of value by that of the quality of existence, the common core of subjective and collective expression which enables communication to wear humanist clothes in a multicultural society.  An important question in the future will be the role and practice of technology in the field of expression linked to the assertion of identity.

As a result, our research must be cognitive and multidisciplinary – in the field of the expression of the communicating "Creative Man" or "Imitative Man" – proposing an analysis of the "renaissance" of a new aesthetic in an expanded Europe where social revision is a factor for progress.

For this reason, the program proposes to bring together specialists from the following fields :

The research conducted under the program will be employed to produce answers from specialists in different scientific fields, to questions concerning the orientation of current artistic behaviour in relation to the broadening of the sensory in links between what is perceived, inferred or integrated in expressive or communicative language;  all sociocultural, multicultural and art economy aspects are explored, notably for media  and the management of technological aesthetics, using fundamental scientific data.

In this respect, the research implies an examination not only of notations including Writing, but also the understanding and practice of reading and performance including sensory and mnemonic data.

Consequently, the research teams of each laboratory or university, are constituted of small specialist groups and in their work call on other fields complementary to their research.

The program’s objective is as follows :

Meeting of representatives of all foreign university departments and seminar to be planned at the CEEI in Paris end 2003.

– Professor CNR Versailles, M.C. EHESS Paris– theory of sound production, the understanding of the sensory – creation and craft work in the multicultural society.

Director of Studies at E.H.E.S.S. – linguistics in writing, semiotics.

Prof. of aesthetics and philosophy.

Head of l’Europe de l’Ecriture : Prof. Roberto Salizzoni – aesthetics at the University of  Literature and Philosophy

The European funding will be spread between training, seminars, publishing and translation and all necessary logistics.

The general coordination of the program will be conducted by the French department after consultation with the other heads of university departments on the themes and content of the doctoral training and the research methods to be employed. 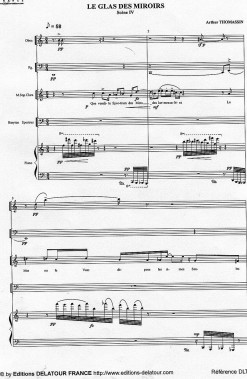